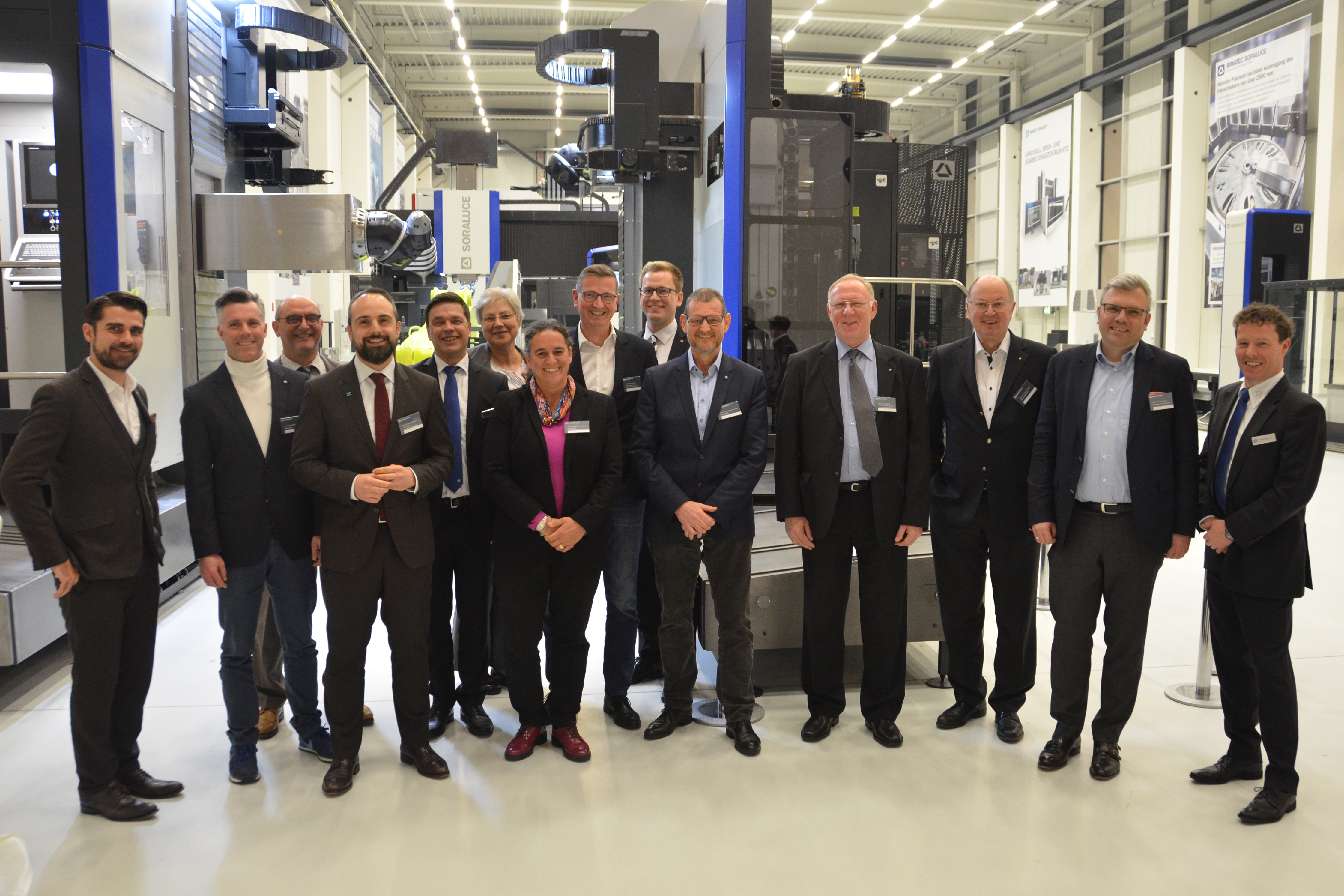 Senate of Economy meets in Limburg

The German Senate of Economy met in Limburg on February 18, 2020. The focus of the regional meeting was placed on the keyword “change”. While innovation and product cycles are becoming increasingly shorter, decision-making processes in companies are often still lengthy. A changed corporate culture with more individual responsibility, transparency and mutual trust can change this situation.

The Senate, a party-independent community of values, accepted an invitation from Bimatec Soraluce. The Limburg-based company had already started to break down rigid structures in 2017, thus promoting the agility of individual areas. “We have put cooperation in the foreground and reduced hierarchies. This has created new synergies that lead to greater profitability,” explains Andreas Lindner, managing partner of BIMATEC SORALUCE Zerspanungstechnologie GmbH.

The initial goal of Bimatec Soraluce’s new philosophy was to increase employee satisfaction. The focus was placed on the people at the company. A new feedback and error culture was closely associated with this. The existing hierarchies were broken up. This soon led to stronger togetherness and allowed the unused potential to be leveraged, which offered the company new economic opportunities.

Martin Rabanus, Member of the Bundestag, was a guest to inquire about current challenges and future prospects in companies. “The open management and corporate culture of Bimatec Soraluce keeps up with the times and offers many opportunities for participation and appreciation for employees,” Rabanus states.

The model was also very well perceived by the Mayor of Limburg, Dr. Marius Hahn. He was invited as well and says: “I am very impressed with what has taken place at Bimatec Soraluce in the past few years and how well the new corporate culture has been accepted by the employees. It is certainly a model with future that is already practiced here. To see this in our city makes me very proud as a mayor.”

However, sustainable change like this could not just be prescribed. From the very beginning and most importantly the people at Bimatec Soraluce talked with each other. Each department was encouraged to write its own mission statement and to involve all of its colleagues in it. Now employees evaluate compliance with their own guidelines and report their experiences within their department at regular intervals. The topics are then discussed in comprehensive meetings so that new solutions can be worked out together. It is not necessary to chair these meetings. Even the two managing directors have only one vote each and can therefore be overruled. “It is perfectly fine with us,” says Andreas Lindner. “In the management, we are not here to know everything best. Our employees who are more familiar with certain topics, simply know some things better.”

By now the satisfaction of customers and employees has increased noticeably and the good reputation as an employer has also grown. Since the BS2020 philosophy was introduced, recruitment of new employees is easier and employee turnover has been halved. The in-house service department provides another example of the economic success of the new approach. The head of department expressed openly that they would like to achieve the current goals in terms of reaction speed and turnover. But to do so 21 new jobs are also required. Although the workforce consisted of around 70 employees at that time and the requirements were correspondingly high, the matter was approved. The service department was able to exceed the sales targets set for 2020 already in 2018, thus proving the practical benefits of a flat and open corporate culture.